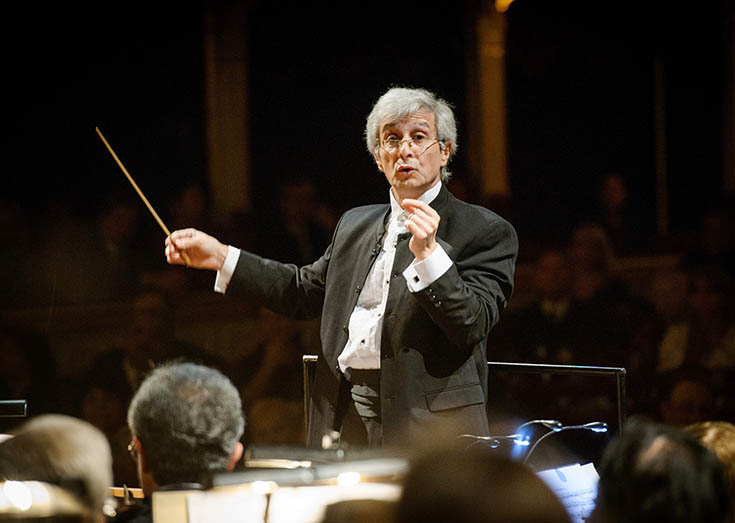 Benjamin Yusupov graduated from the Moscow Conservatory as a composer, pianist and conductor. His compositions, for which Hamburg Music Publishers SIKORSKI has exclusive rights, have been performed many times by acclaimed soloists and orchestras such as the London, Munich, Israel, Lucerne, Copenhagen and Belgrade Philharmonic Orchestras.

Yusupov's music is not restricted by genre or cultural frameworks - it unites all possible styles and influences, which creates the composer's unique language. His works have won numerous awards.

Yusupov works closely with major musicians such as Maxim Vengerov, Mischa Maisky, Vadim Repin, Alexander Knyazev and others.
In 2005 the Philharmonic Orchestra of the Northern German Radio in Hanover performed with triumph the world premiere of his Viola Tango Rock Concerto, written especially for Maksim Vengerov.

Yusupov has also composed the Cello Concerto for  Mischa Maisky, which was dedicated to the soloist's sixtieth birthday. The premier of this work was held in Lucerne and was conducted by the composer.

In 2014 he premiered the Violin Concerto "Voices of the Violin", dedicated to Vadim Repin.
Yusupov has conducted many symphony orchestras in Europe and America. All programmes prepared and conducted by him are distinguished by the depth of his performing techniques, fine taste and impeccable taste in art.