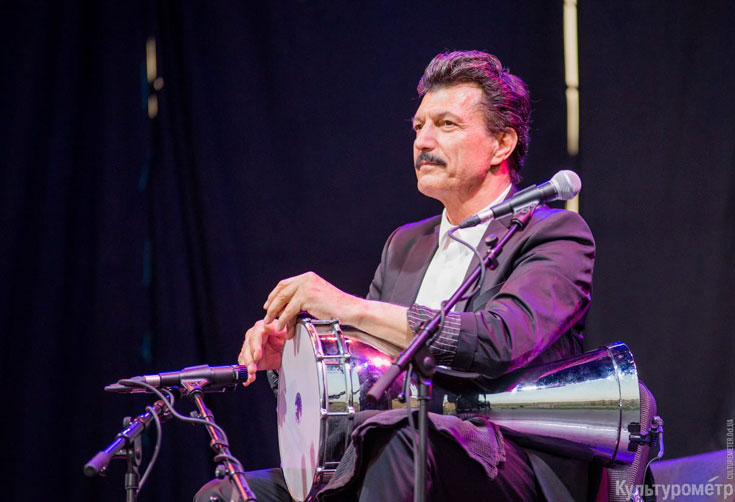 Burhan Öçal (Burhan Ochal) the leading world oriental percussionist, who was born on April 25, 1956 in Kırklareli (north-west of Turkey). His father, an amateur drummer, taught the boy to play various drums and his mother introduced Turkish religious vocal music to him.

Öçal began his musical career at the age of 14. At 24 Burhan Öçal went to Switzerland to continue his musical study. In 1979, he performed for the first time at the Zurich Poem Festival.

Burhan Öçal performed a lot and continues to perform as a soloist musician.

The next step of his creative life was a meeting with Joe Zawinul - the legendary performer on electronic keyboard instruments, composer and creator of the Weather Report group. Burhan Öçal worked with Zawinul for 10 years.

He created his own Istanbul Oriental Ensemble, which traveled the world for 20 years and was recognized by the most serious critics. The collective received the ''Preis der Deutschen Schallplattenkritik' award, which is a German analog for Grammy.

Burhan Öçal recorded 2 albums of Turkish music with the orchestra 'Trakya All Stars''. Both albums were nominated as the best ethnic music albums in Turkey.

During that time, Öçal met Sting with whom he has performed for many years, in the early 2000s the percussionist aslo performed with the Turkish pianist Fazil Say for several years .

As a soloist, Öçal also performed together with a number of symphony orchestras. With the Zurich Chamber Orchestra he released the Concerto Alla Turca album in 2007.

Öçal is in love with cinema and not so long ago he began to appear in films and serials.

In 2003, on the musician's life was shot the documentary "Burhan Öçal & Trakya All Stars: A Musical Homecoming", this film got to various international film festivals.

In 2010, together with Alexei Botvinov Burhan Öçal started the project "Goldberg. Reloaded". It was a revolutionary attempt to rethink Bach’s eternal music, combining it with the ethnorhythms of the East and lighting special effects. Öçal and Botvinov played 20 concerts on the most famous stages of the world, including Istanbul, Paris, Zurich, Basel, Abu Dhabi ans Jazz Festival in Montreux. 6 concerts were performed for Ukrainian audience.

In 2018, Öçal and Botvinov teamed up again for the "Reloaded-2" project.

This time, they took cult masterpieces of Bach, Beethoven ("Pathetique Sonata"), Rachmaninoff, Prokofiev and Mussorgsky. The premiere will take place at the ODESSA CLASSICS music festival.