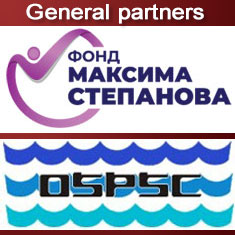 The Estonian National Symphony Orchestra (ENSO; known in Estonian as Eesti Riiklik Sümfooniaorkester or ERSO) is the longest continually operating professional orchestra of its kind in the country. The orchestra’s history dates back to 1926 and, like that of many other world orchestras, is connected to the birth of national broadcasting. Since 2010, it has been led by Principal Conductor and Artistic Director Neeme Järvi, who was also awarded the title Honorary Artistic Director for Life in 2017.

The orchestra performs with renowned conductors and soloists from around the world, naturally including Estonian musicians of the highest caliber. Its recordings on CD (Chandos, BIS, Erato, Harmonia Mundi, ECM, Virgin Classics, ERP, etc.) demonstrate a quality recognized by many prestigious music magazines, having won several prizes, including a Grammy Award. In addition to broadcast performances on Estonian Public Broadcasting, ENSO has also been aired on the Mezzo televisioon channel. The orchestra’s home venue is the “Estonia” Concert Hall in Tallinn, but it has also undertaken more than fifty concert tours, most notably three-week tours of Italy in 2003, the USA in 2009, 2013, and 2018, China in 2016, and Hong Kong in 2018. In addition, ENSO has regularly given concerts in European and Scandinavian countries, appearing at many prestigious festivals in Köln, New York, Verona, Genoa, Munich, Stockholm, etc. With a repertoire ranging from the Baroque period to the present, the Estonian National Symphony Orchestra has also premiered symphonic works by almost every Estonian composer, including Arvo Pärt, Erkki-Sven Tüür, Eduard Tubin, Eino Tamberg, Jaan Rääts, Lepo Sumera, Tonu Korvits and Helena Tulve.