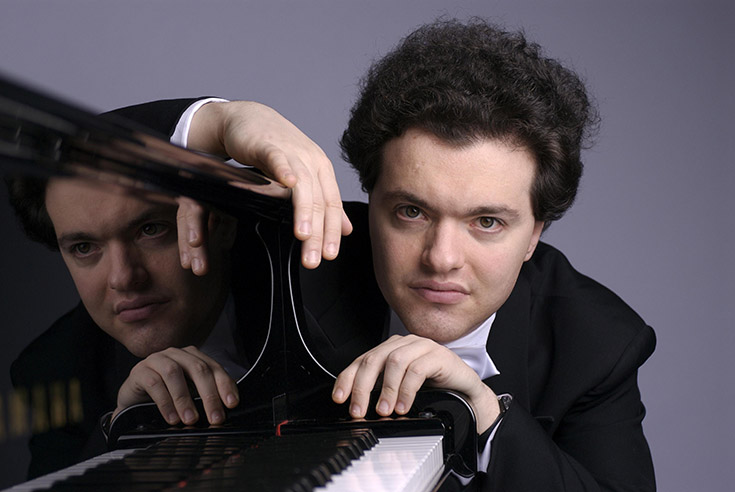 Pianist Evgeny Kissin is one of the most prominent musicians of our time.
This is the second Evgeny’s visit to Odessa, while the first one was back in 1990, when an author’s concert of a composer Tikhon Khennikov was held in Odessa. For the concert Khrennikov invited three extraordinary talented teenagers, students of the Central Music School – violinists Vadim Repin and Maxim Vegnerov and pianist Evgeny Kissin. Already then, Odessa public was fascinated by the play of these young musicians. Almost thirty years passed since then and Odessa Classics Festival welcomed the musicians who had already become legendary: Vadim Repin and Maxim Vengerov. Their concerts have become a real sensation. And now we are looking forward to meeting Evgeny Kissin.

Today, maestro is one of the few performers, whose work determines the level of performing art in the world. Kissin’s talent was recognized in his early childhood. When he was 10 he performed with an orchestra for the first time, it was Mozart’s 20th concerto. A year later he gave his first solo concert. In 1984 (at the age of 12) Evgeny performed Chopin 1 and 2 concertos for piano and orchestra in the Grand hall of Moscow Conservatory.

In 1985 Evgeny Kissin went abroad with his concerts for the first time. In 1987 he debuted in Western Europe at Berlin Festival. In 1988 he performed together with Herbert von Karajan at the New Year concert of Berlin Philharmonic Orchestra, he performed Tchaikovsky 1 piano concerto.

In September 1990 Evgeny Kissin debuted in the USA, where he performed Chopin 1 and 2 concertos with New York Philharmonic Orchestra conducted by Zubin Mehta. And a week later the musician gave a solo concert in the Carnegie Hall. In February 1992 Kissin took part in Grammy Awards ceremony in New York, broadcast to one billion and sixty million viewers. In August 1997 he gave a solo concert at “Proms” festival in London Albert Hall  - it was the first piano evening within more than 100 year old history of the festival.