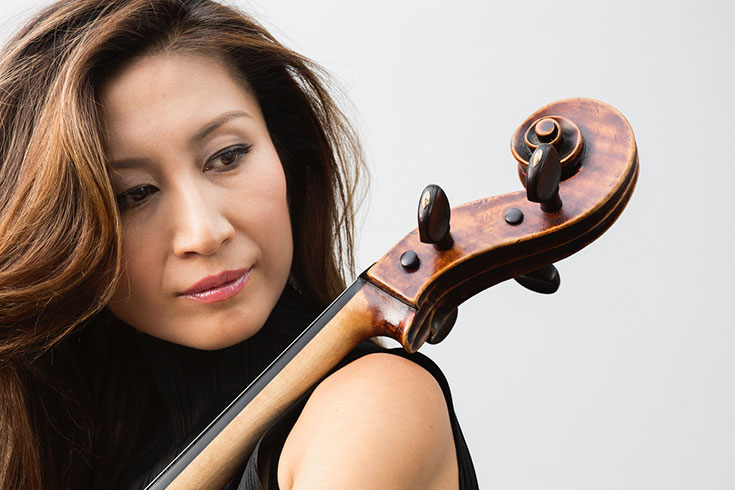 Jing Zhao, the leading Chinese cellist of her generation, won the 1rst prize of the prestigious ARD international competition in Munich in 2005 and went on to receive the 2009 Exxon Mobil Music award in Japan. The Great Seiji Ozawa chose her as soloist, together with the violinist Vadim Repin, the pianist Lang Lang and the Singer Kathleen Battle, for the opening new-year concert of the China National Center for the Performing Arts . He had already been instrumental in helping her move to Berlin where she studied at the Karajan Academy, as well as studying privately with Yo-Yo Ma and Maestro Rostropovich.

Jing Zhao has recorded 5 cd’s for Victor entertainment in Japan. In 2017 she has recorded two CD's with the Royal Philharmonic Orchestra featuring a Russian album with the Shostakovich cello concerto, a Chinese album and two Tan Dun's Cello Concertos in London with Maestro Tan Dun conducting. Jing Zhao plays on a Montagnana Cello (1738) on generous loan from a private Foundation.