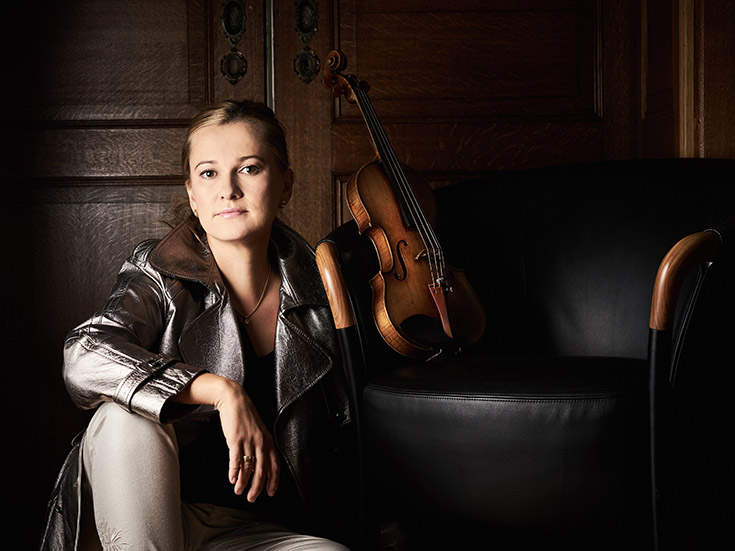 Maria Solozobova is one of the most promising violinists of her generation. She has won several prestigious international music competitions, for instance the Johannes Brahms Competition in Austria (first prize and special audience price 2000), the W. A. Mozart Competition in Zurich (first prize 2005), the Tibor Varga Competition and the Rodolfo Lipizer Prize.

Maria Solozobova is one of the most promising violinists of her generation. Her dazzling career has already taken her to the world's finest concert halls including the Tonhalle Zurich, Stadtcasino Basel, Victoria Hall in Geneva, Berliner Philharmonie, Koelner Philharmonie, Great Hall at the Tchaikovsky Conservatory in Moscow, Konzerthaus in Vienna and Ljubljana's Philharmonic Hall. Solozobova has played under many famous conductors such as Vladimir Spivakov, David Zinman, Vladimir Fedoseyev, Vladimir Jurowski, Daniel Raiskin, Muhai Tang, Peter Csaba, Howard Griffiths and Michael Hofstetter. She is a frequent guest, both as a soloist and a chamber musician, at the most prestigious festivals in the world. Solozobova's performances today include appearances with leading orchestras and musicians worldwide including as Martha Argerich, Mischa Maisky, Yuri Bashmet, Maria Joao Pires, Vladimir Ashkenazy, Sol Gabetta and Mikhail Pletnev.

In 2009 Maria Solozobova founded as artistic director the «Classical Highlights» Zurich, an annual international series of four concerts in distinguished concert halls in Switzerland. And since 2015 she taught at the University of Music Lausanne.