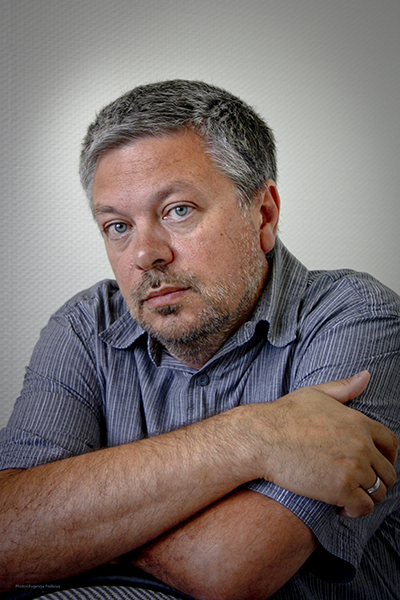 Mikhail Shishkin is one of the most prominent names in contemporary literature. He is the only writer who received all the most important and prestigious Russia´s literary awards: The Russian Booker Prize (2000), The National Bestseller Prize (2006) and The Big Book Prize (2006, 2011). The author of widely acclaimed novels, Shishkin is admired as a refined stylist whose fiction engages Russian and European literary traditions and forges an equally expansive vision for the future of literature.

Born January 18, 1961 in Moscow, Shishkin worked as a school teacher and journalist.  His writing debut in 1993, the short story Calligraphy Lesson, was named Best Debut of the Year by the literary journal Znamya.  In 1995 he moved to Switzerland, where he worked as a Russian and German translator within the Immigration Department and specifically with Asylum Seekers.  His impressions of the country inspired him to write Russian Switzerland, a nonfiction literary-historical guide, and Montreux-Missolunghi-Astapowo: Tracing Byron and Tolstoy, a literary walk from Lake Geneva to the Bern Alps.
In recent years he has been living both in Moscow and Zurich.

Mikhail Shishkin has written four novels. His first novel, Larionov’s Reminiscences was published in 1994.
The 2 novels which followed earned him the three most prestigious Russian literary awards:
The Taking of Izmail (2000) won the Russian Booker Prize and Venus Hair (Maiden’s Hair) (2005) was awarded both  the National Bestseller Prize and the Bolshaya Kniga (“Big Book”) prize.
Shishkin’s novel Pismovnik (2010) has been greeted with delight by readers and reviewers alike was acclaimed as the Literary Event of the Year.
All of his novels have been adapted for Stage Productions.

His books have been translated into 35 languages and they have received numerous national and international awards, including the 2007 Grinzane Cavour Award and the French literary prize for the best foreign book of the year, Le prix du meilleur livre étranger 2005.