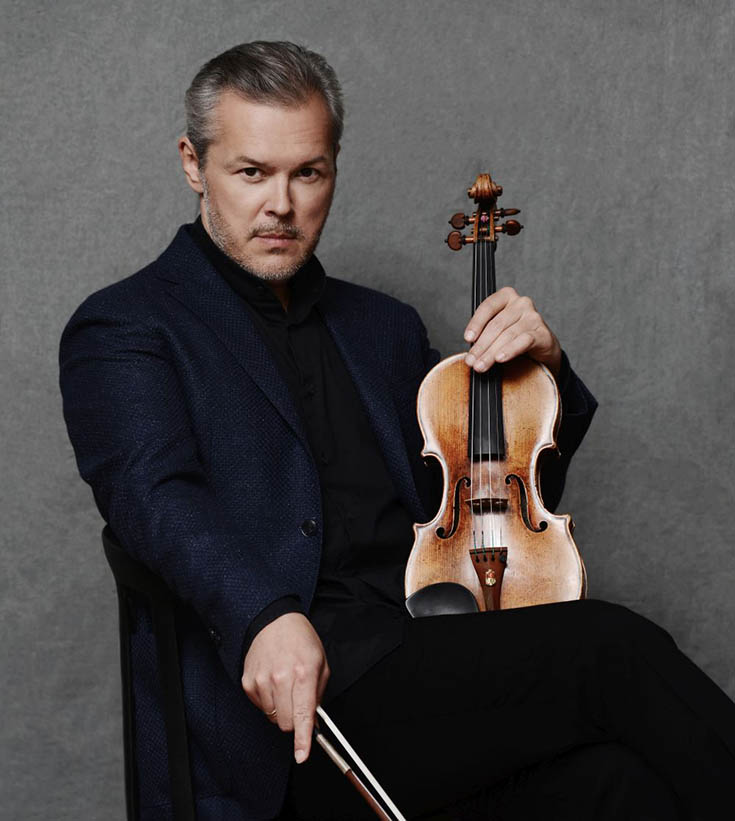 "Vadim Repin is simply the best and most perfect violinist I have ever had the chance to hear."
Yehudi Menuhin

Vadim Repin was born 1971 in Novosibirsk. He took the violin into his hands for the first time at the age of five and appeared on stage half a year later. His mentor was Zakhar Bron under whose guidance Vadim went on to win the Gold Medal at the International Wieniawski Competition (1982), followed by concert debuts in Moscow and Leningrad. With 14, he played in Tokyo, Munich, Berlin and Helsinki, and a year later he gave his debut at New York’s Carnegie Hall. In 1989 Vadim attracted a large amount of international attention when he became the youngest ever winner of the Queen Elizabeth of Belgium Competition in Brussels. 20 years later, he became chairman of this competition’s jury.

Many of his more than 30 CDs won awards such as the ECHO Klassik, the Diapason d’Or, Prix Caecilia and Edison Award, whereas the recording of the programme Carte blanche with Roby Lakatos at the Louvre was chosen the best chamber music live recording.

In April 2014 Vadim Repin as Artistic Director presented the first Trans-Siberian Festival of the Arts in his native city of Novosibirsk. The festival was enthusiastically received and became annual since, with some concert programs on other countries, as Israel, Japan etc.

Vadim Repin is a Chevalier de la Legion d’Honneur and a winner of the prestigious French Victoire de la Musique.