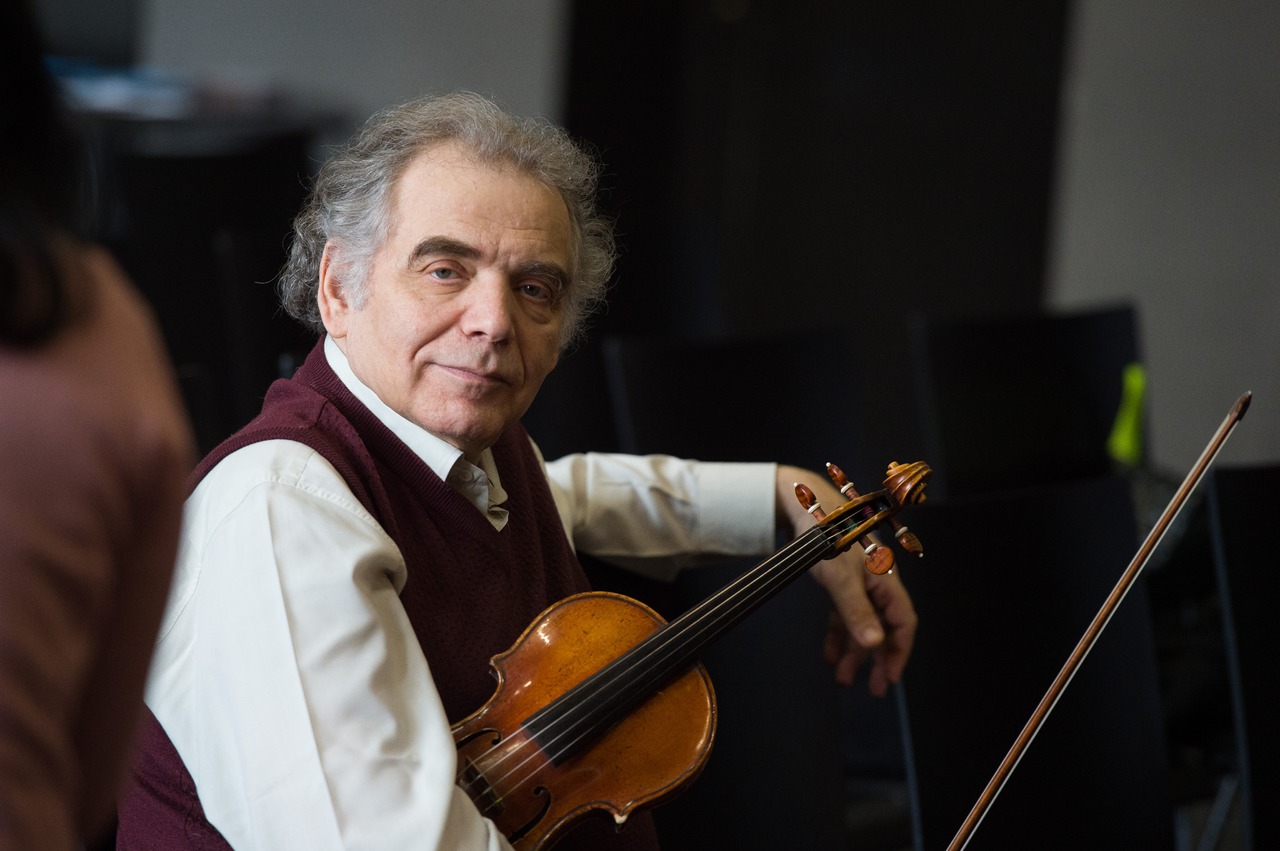 Zakhar Bron is an inspiring and evocative violinist. Listeners, both of his many impressive CD recordings and in concert halls around the world, marvel at his faultless violin technique as well as his appreciation for the most sensitive interpretations of the entire range of classical music literature.

Zakhar Bron has been a prize winner at the world's most prestigious competitions, including the Queen Elisabeth Competition in Brussels and the Henryk Wieniawski Violin Competition in Poznan.

Zakhar Bron gained fame when he left the Moscow Conservatorium of Music to move to distant Siberia. Far away from political influences in the capital, he created a new world elite of violinists. Through his silent revolution in Siberia, Bron developed the greatest violin talents of today's concert halls. Vadim Repin, Maxim Vengerov and Natalia Prischepenko are only a few of the illustrious names to emerge from this period of Bron's teaching. After helping the conservatorium of music in Novosibirsk to international renown, Zakhar Bron began to work beyond the borders of Russia, teaching in Germany, Spain and Japan. From this period of Bron's teaching come talents such as Chloe Hanslip, Daniel Hope, Daishin Kashimoto and David Garrett.

Today, Prof. Zakhar Bron teaches at the conservatories of music in Zurich, Switzerland (ZHdK), Cologne, Germany, and at the Escuela Superior de Música Reina Sofía in Madrid, Spain. He teaches master classes in the United States, in South America, Asia and Europe, and since 2010 has been involved in various new developments at the Interlaken Classics Festival in Interlaken, Switzerland. He travels the globe, performing as a soloist on the world's greatest stages and working as a juror for many international competitions.